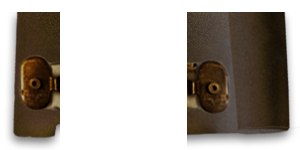 Grady Lee Nutt was born September 2, 1934, in Amarillo, Texas, the eldest of four children born to Grady C. and Doris Rickman Nutt. Grady began his career as a child, singing gospel music on the radio with his mother accompanying him on the piano. Grady became an ordained Baptist minister when he was only 12-years-old. He loved to brag that he had the authority to perform legal weddings of his middle school classmates, making him quite popular.

He graduated from Baylor University in 1957 and remained a loyal “Bears” fan throughout his years.

After graduation from Baylor, Grady married his college sweetheart, Eleanor Wilson of Memphis, Tennessee. Grady began his professional career serving as a youth pastor at First Baptist Church, Waco Texas. In 1960, he moved to Louisville, Kentucky to attend The Southern Baptist Theological Seminary. While attending seminary, he became the pastor at Graefenburg Baptist Church in Waddy, Kentucky. In his sermons and later performances, he often told stories about how the people at Graefenburg loved him and changed his life. Grady formed life-long friendships while living in Waddy and his Deacon buddy, Odel Smith, became part of Grady’s folklore.

After graduating in 1964, Grady worked for the seminary recruiting students on college campuses all across the American South. As his popularity grew speaking on college campuses, his desire to have a boss began to quickly decline. He left the seminary he loved to pursue his dream of storytelling and preaching across the country. His humorous performances came to the attention of Ralph Edwards, producer of the hit TV shows “Truth or Consequences” and “This Is Your Life.”

Grady's first TV performance was with Ralph Edwards and it instantly led to more appearances, such as “The Mike Douglas Show,” the country's top-rated daytime talk show. “The Mike Douglas Show” was a nationally syndicated TV show that ran from 1963 until 1982. Grady was often a guest on the show and also hosted the show when Mike was not available.

Grady was thankful for the opportunity Ralph Edwards gave him and they remained good friends. They worked together to raise funds for Alice Lloyd College in Kentucky. In 1983, the college dedicated The Grady Nutt Athletic Center on campus.

Mike McKinney was Grady's agent, manager and dear friend. Mike was truly part of the Nutt family. The entertainment industry is known for unstable business relationships but Mike was the only person that ever represented Grady. Mike's honesty, vision and integrity went unseen by Grady's fans but without Mike, we would not have seen his true artistry. Eleanor, Perry and Toby Nutt will always be grateful to Mike for helping Grady to live out his dream.

In 1979, Grady's big break came when he was added to the cast of Hee Haw, one of the most popular shows in television history. He was dubbed “The Prime Minister of Humor” and given a couple of minutes each episode to do a routine. These routines became instant classics.

Grady also toured the country during his TV career, entertaining thousands with his unique brand of American comedy and storytelling. He wrote several books that appeared on bestseller lists and he released several hit comedy albums and even a Southern Gospel record. He was passionate about visiting with his fans and giving back to his community.

Grady received the Christian Service Award in his home State of Texas. This award was special because it was not presented each year but as the award stated, “only when people of exceptional merit are found." Past honorees included Billy Graham, Edward R. Morrow, Bob Hope, Walt Disney, Dallas Cowboys Coach Tom Landry and President Jimmy Carter.

In 1981, NBC aired the sitcom pilot, “The Grady Nutt Show.” The show starred Grady as a minister of a local church. Each week, his church members got involved in some kind of funny crisis and Grady would try to step in and fix it.

On November 23, 1982, Grady finished a speaking engagement in Cullman, Alabama. He boarded a charter flight home and immediately after takeoff, the plane crashed, killing Grady, the pilot and co-pilot. The world and his peers mourned the loss of this great American humorist and story teller.